Water is not just for satisfying someone's thirst or helping them stay clean. It's also needed to keep the world from turning into a desert. The majority of the water on the Earth isn't fit for drinking. This is particularly true for drinking water sources within America that becomes the reason for contaminated drinking water in America.

There are lots of reasons as to why the water inside the USA is no longer fit for consumption. 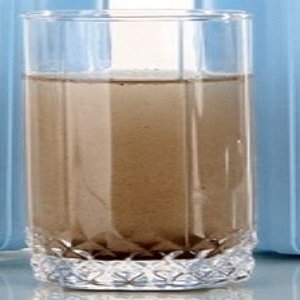 Nearly two-thirds of America's bays and estuaries are polluted with nitrogen and phosphorous. These substances are harmful because they severely degrade water resources

Pollution created by industries and fossil fuels are the two main culprits. Elevated levels of phosphorous and nitrogen cause algae to grow in water systems at high speeds for the ecosystem to handle.

Elevated levels of algae may affect the "water quality, food sources, and habitats, and reduce the oxygen that aquatic life needs to sustain." (EPA). Algae can enable bacteria and toxins to flourish.

Remember that some contaminants are placed into the water by companies that dump them straight with protection from the authorities. Sometimes chemical and minerals which are found in nature indirectly becomes the reason for contaminated drinking water.

Examples of generally occurring contaminants include substances like radon, arsenic,  and uranium. When they enter into the water, they must undergo a complex purifying process(Eg. Reverse Osmosis) until these materials can be removed.

Farmers are also somewhere responsible for water pollution. Many of them use concentrated feeding operations and pesticides, fertilizers to look after animals and their plants. When farmers use these substances, they move to seep into the soil and cause problems with groundwater. This practice is known as runoff, and it happens if there's a flood, snow and when it rains. When runoff occurs, chemicals are washed into the drinking water.

Fracking is a divisive and controversial process of discovering fuel resources that society needs to keep it moving. While fracking for petroleum and gas is prevalent in the community, this procedure also contaminates drinking water in the regions where people reside. The fracking process uses water combined with sand and chemicals. Once this water deposited onto the ground, it will seep into the ground and cause contamination.

Here is another critical point about water contamination. At least 40 percent of the drinking water at the U.S. has 1.5 million metric tons of nitrogen compounds. This water is carried by the Mississippi River water into the Gulf of Mexico once a year. Each year in summer time the pollution causes an area the size of Massachusetts to become a dead zone. Manufacturing procedures and sewer overflow also lead to wastewater contamination.

Another way that water becomes contaminated has to do with microorganisms that could affect humans, animal, and plants. If some of these creatures are present inside a water source, they cause people to become sick or gravely ill. 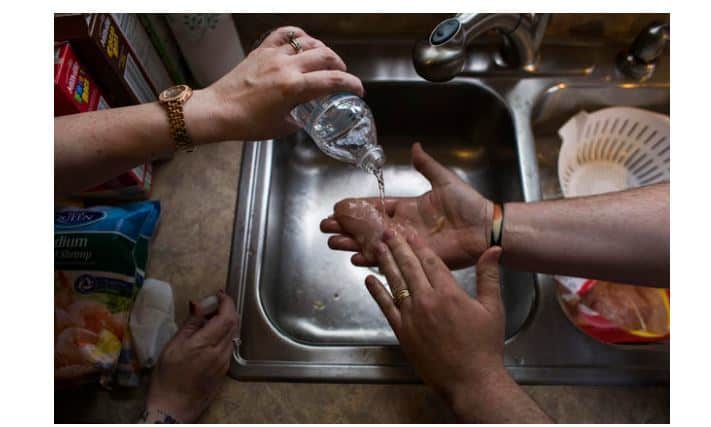 At least 70 varieties of pesticides have been discovered by water testing agencies in the drinking water of America. They could filter out the majority of the pesticides but this show a problem exists with keeping water clean that people consume.

Since 2014 various cities had problems with their drinking water. Places such as Ohio, Toledo, and Flint, Michigan are two towns which had to be closed down due to water pollution.

Flint, Michigan has nearly 100,000 residents. In 2014, the city began to have issues with off-colored water coming from showers and their sinks. When some of those residents complaint the water provider, they had been told the water was suitable for drinking.

The water of Flint became contaminated when the city decided to quit using the water system of Detroit to save money. Since the water providing the infrastructure of Flint has been severely eroded. This proved to be a significant mistake. Lead from the pipes inside the infrastructure seeped into the water, and it was unable to be filtered out.

This water had been consumed by a large number of people. Many of them had to be analyzed for changes in their health condition and a variety of illnesses.

The water issues of flint are still taking place. The city is currently paying a hefty price to enhance its water providing infrastructure. Once this procedure is completed by them, they should have safe drinking water for everyone in the city. It might be a lengthy procedure and an expensive process.

Water pollution is a problem in the United States. Many state and city officials are currently working to make sure the water is safe for consumption.

The White House and about 150 other associations set aside to improve the water quality and accessibility throughout the nation. The procedure for stabilizing the drinking water of America is not confined to water infrastructure; also, it involves working with farmers, the refuse industry and local producers.

Keeping water safe for drinking is crucial for ensuring that people have fantastic health and strengthening communities.

How To Remove Chloramine From Tap Water: Best Filter Reviews

Water Filters and Ionizers – What You Need To Know