Safe Drinking Water Standards: What You Need To Know

There is nothing more essential than accessible and clean filtered drinking water.

But in spite of our universal demand for safe drinking water, one in every nine people doesn’t have access today. This amounts to over 840 million people.

And when unsafe water spreads diseases like diarrhea, cholera, and diphtheria, people die.

To help prevent the loss of life due to unsafe drinking water, government bodies and international associations have designed specific quality criteria for drinking water.

Together, these criteria form the basic minimum parameters required for drinking water to be considered “safe for consumption.”

In this article, we walk you through the various guidelines and criteria used across the world to ensure safe drinking water is available for all.

Last year, Australian National Health and Medical Research Council published a list of guidelines and references for water quality to be drinkable.

Since that time, the Australian Drinking Water Guidelines have become the authority on the topic.

The agenda detailed in the ADWG intends to guarantee pure, good quality drinking water.  The state and territory health departments use ADWG to generate parameters and regulations on drinking water.

Australian Drinking Water Guidelines were developed after rigorous studies of the standards. Their Standards encompass both health-related and aesthetics concerns. In Australia, these standards are enforceable by law, and each public water treatment center must follow their orders. In 2018, the European Union (EU) and the European Environment Agency (EEA) released the Drinking Water Directive.

The Directive is based on more than 30 years of investigation. It is designed to ensure effective monitoring, supply, and quality when it comes to public drinking water in Europe.

The Drinking Water Directive Does Not Apply to: Under EU legislation, no drinking water may contain toxins more than the following concentrations. In the US, federal laws govern drinking water all over the nation, under the SDWA (Safe Drinking Water Act).

Thus, all public and private distributors of water must comply with the identical set of universal quality criteria. These criteria are also monitored and continually revised by the Environmental Protection Agency (EPA​).

In 1974, minimum water pollution standards were enforced by the SDWA. Hence, rules protect all Americans.

A summary of the SDWA can be retrieved from the EPA site.

There are three types of Public Water Systems defined in the SDWA:

Here are the SDWA Guidelines Regarding Consumed Water Contaminants:

Further Water Regulation Development in the US

Types of Contaminants Under the SDWA The SWDA expresses the term "contaminant" as signifying any physical, biological, chemical or radiological constituent or matter in present water. Hence, the legislation defines “contaminant" very broadly as being anything besides water molecules.

Only a few of the world of contaminants as defined below are listed on the Contaminant Candidate List (CCL). The CCL functions as the first level of evaluation for drinking water contaminants that may need an additional investigation of health effects and the amount in which they present in water.

The contaminants category that changes the look of the water, in addition to its properties, and cellular level. Anything from soil to seeds and small sticks can be included by pollutants which flow into a water source through a river or delta forming pollution.

The chemical Contaminants' category involves chemicals or elements. They may be inorganic or organic compounds like chemical contaminants include lead, bleach, fertilizers, and additives.

This biological Contaminants' category describes organisms. This class covers everything from microbes to parasites. This class also include bacteria, parasites, and viruses.

Contaminants' category comprises elements and compounds which are unstable at the nuclear level. As a consequence of the instability, they produce harmful radiation that's detrimental to life that is biotic. Radioactive substances are plutonium and uranium. The People's Republic of China (PRC) has made obligatory national drinking water standards from the mid-1980s.

Across the nation, all citizens are subject to the same protection from the harmful chemicals present in drinking water. Updates to the drinking water standards have increased the number of examined contaminants.

Additionally, the Ministry of Health in China utilizes their drinking water criteria to apply the compliance of the water distributor by legislation.

These standards aren't only protected residents from exposure to pollutants that are harmful, but they also help to protect the public waters and rivers of China. The World Health Organization (WHO) is a universal organization that's dedicated to the worldwide advancement of public health.  HQ’d in Geneva, Switzerland, the WHO is an agency of the United Nations.

The WHO is dedicated to improving all aspects of human health, to the eradication of disease and the promotion of reproductive and sexual health.

In 2017, the WHO released their latest edition of the Guidelines for Drinking Water Quality (GDWQ). These set parameters to follow, although these guidelines aren't enforced by law. Instead, many countries adopt and adapt these rules to create laws.

For instance, Canadian and Chinese authorities have established drinking water legislation according to the WHO instructions.

The GDWQ mentioned many substances which need to be tracked by health authorities.

Depending on the conclusions of studies, the list of WHO sets the criteria for drinking water contamination.

According to the WHO, any drinking water that exceeds these levels of pollution is unfit for human consumption.

The Dangers of Water Contamination 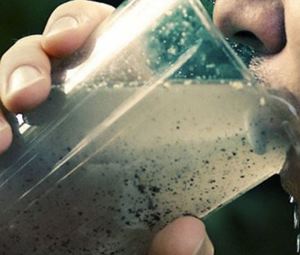 Water pollutants are the primary source of diseases that people suffer from. Serious health emergencies can happen if drinking water isn't adequately treated.

Although government bodies set out guidelines and rules for water vendors to follow. These rules are often not developed. This is because less developed countries can’t afford the costly infrastructure to provide water treatment facilities. It is necessary to implement proper measures for keeping the drinking water safe and to monitor water sources to ensure people are getting safe and chemical-free water at their home.

It has been estimated that millions of people die each year because they do not get safe drinking water.

Disaster can ensue when the standards for drinking water are not followed in an adequate manner.

Below are some of the statistics are — drinking water that is unsafe. At times, even developed nations were exposed to drinking water emergencies.

The town of Flint, Michigan has experienced a significant public health crisis due to lead seeping into their water supply.

According to PBS, the Flint lead water crisis has generated a drop in fertility rates and has claimed lives.

Starting in 2014 their water supply was switched by the government in Flint to a system that used leaden pipes.

The pipes weren't adequately scrutinized, which led to chemical components. Like 2018, the crisis is continuing.

Per WHO guidelines, lead cannot exceed a concentration of 0.015 milligrams per liter of water.

This catastrophe could have been prevented using appropriate monitoring.

Learn how to diagnose & solve any water quality problem in 5 easy steps! Includes our top picks and comparison charts to keep things simple.

How to Troubleshoot & Repair Your Water Softener

How to Size a Water Softener to Fit Your Needs

What Impact Does Hard Water Have on RO Water Filters?

Best Fluoride Detox: How to Remove Fl from Your System